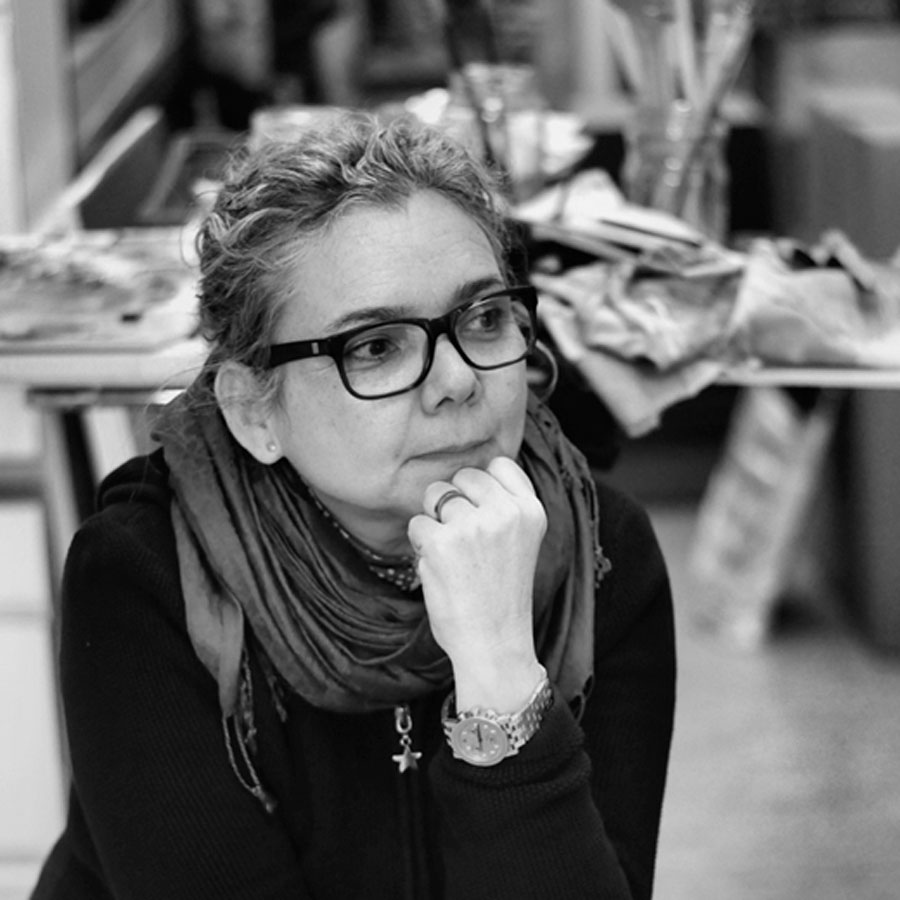 Teresa Casanueva was born in Havana in 1963. From 1985 to 1990 she graduated in arts at the Hochschule fuer Kunst und Design, Burg Giebichenstein in Halle in the field of textiles, from 1991 to 1994 she completed postgraduate studies in painting/graphics. Since 1991 solo and group exhibitions and participation in international art and animation projects for the cinema and television. Teresa Casanueva works as freelance artist in Berlin.

Teresa Casanueva’s work can be understood as systematic and precise, almost obsessive exploration of the inescapable and contradictory relationship between physical and spatial elements in their sculptural representation. The coordinates of her complex topical and conceptual universe as well as the intrinsic logic how Teresa applies various means of expression can be found in exactly this antinomy.

The graphics separate and confront both components, privileging the presence and quality of the surface as physical and expressive epidermis of the configurations: a firm and mostly neutral background strongly contrasts with the folded, compact figures that virtually feature a digital luminosity.

The painting on the other hand is characterized by a chromatic intensity which fundamentally accounts for the quality of the surfaces. The use of perspective illusionism integrates scattered fragments into a coalescing continuum of space, which nevertheless preserves its character of remaining a fragment of an overarching whole.

The drawings explore form structures, in the minutest details they describe the coordinates of a kind of inventing language, with the dynamic and diffuse qualities of the spatial shell being gravitated towards the surface of the physical.

The highlight of Teresa’s work are the objects that were preceded by her two-dimensional work. The manipulation of real materials and their loose dislocation in space merge all components that have been explored so far: coloring, the treatment of surfaces and the almost architectural structuring of the most different fragments. Here the forms unfold and open up, losing their centrifugal nucleus and absorbing the already transformed real space. Teresa revels in the haptic properties of the materials, which give their figures a true presence, without suggesting obtrusively not to be, what they appear to be.

To overcome a single perspective in space is my drive. In doing so the exploration through diverse sculptural means is indispensable, as well as the independence from the intrinsic properties of the applied medium. Exploring space from the plane to a real physical presence. 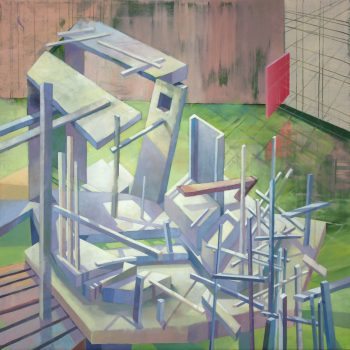 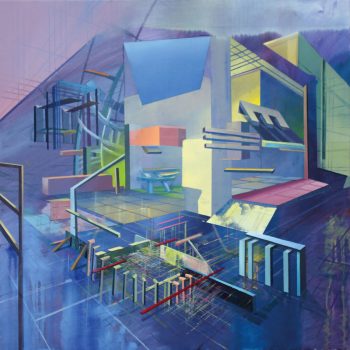 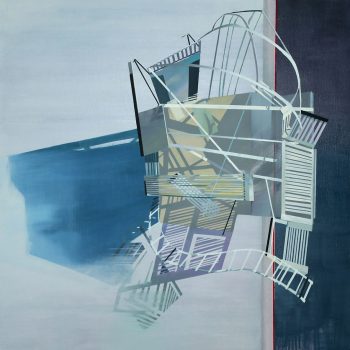 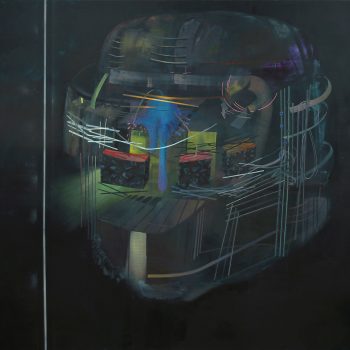 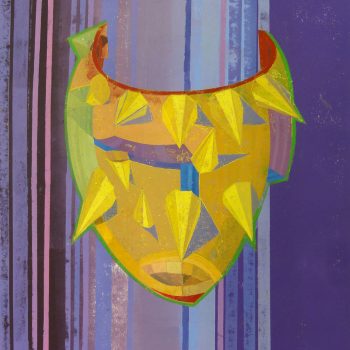 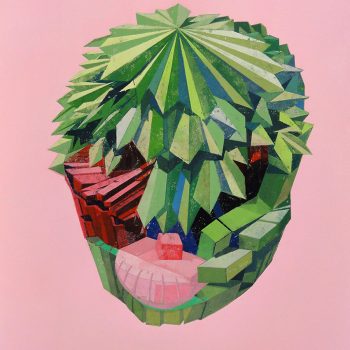 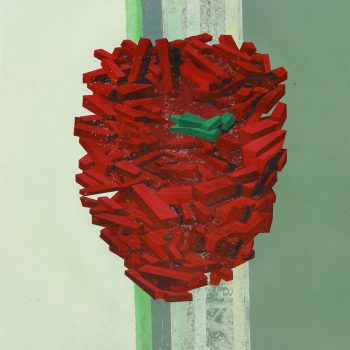 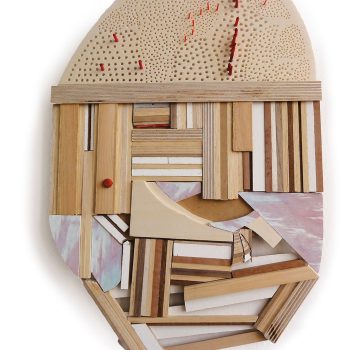 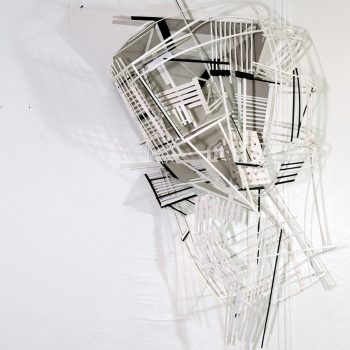 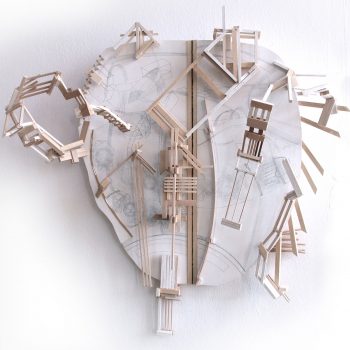 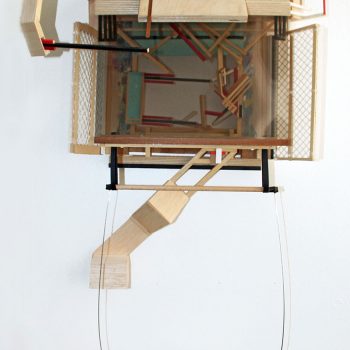